...even though it's not actually a newsletter... Wonder when the kids will figure out that I do this every year?

"Can you just walk in a straight line? Please? Just walk straight?"
-Donna's constant refrain to Sam and Nate anytime they are walking, ever.

"That's right, I'm a contrarian!"
Mia, gleefully discovering a label she can fully embrace. Tweendom, we have arrived.

"So we're staying? Moving? Which is it again? ...Have we decided?"
-This was more or less the bulk of all our conversations from January through April, indicating our prolonged indecisiveness about returning to the US. Looks like we'll be moving back in the Summer of 2015. Right Honey? We're sure about that?

"Mom, look how brave I am."
-Nate, sitting on the couch, picking his nose.

"Can I get a drone?"
-Sam, moments before his first crushing disappointment.

"In my defense, they were very heavy pancakes."
-Mark, attempting to justify tearing his rotator cuff while lifting a serving platter full of pancakes.


"But I have really bad goosebumps."
-the reason Sam couldn't get off the couch to set the table.

"Missed my flight from Budapest (haha). Send cc#, urgent."
-Donna, in a text sent to Mark at 2 AM outside of the central train station in Brussels. Long story.

"What's a twinkie?"
-Mia, Sam, and Nate's unison response to an offhand comment. Not sure if we're failing or winning as parents.

"He doesn't like to hear people chewing. It's a thing."
-Our explanation to guests as to why Sam sits in another room wearing earphones while we eat. Good times.

"I think we've lived in Europe too long. I was eavesdropping on an American couple with Southern accents, and I couldn't understand a word they said."
-Donna, shocked to realize that after three years in Amsterdam, American accents now sound foreign. Win?

Not technically a quote, but no annual review would be complete without Nate's sweet dance moves:

We wish you all, near and far, a wonderful holiday season and a joyous 2015. 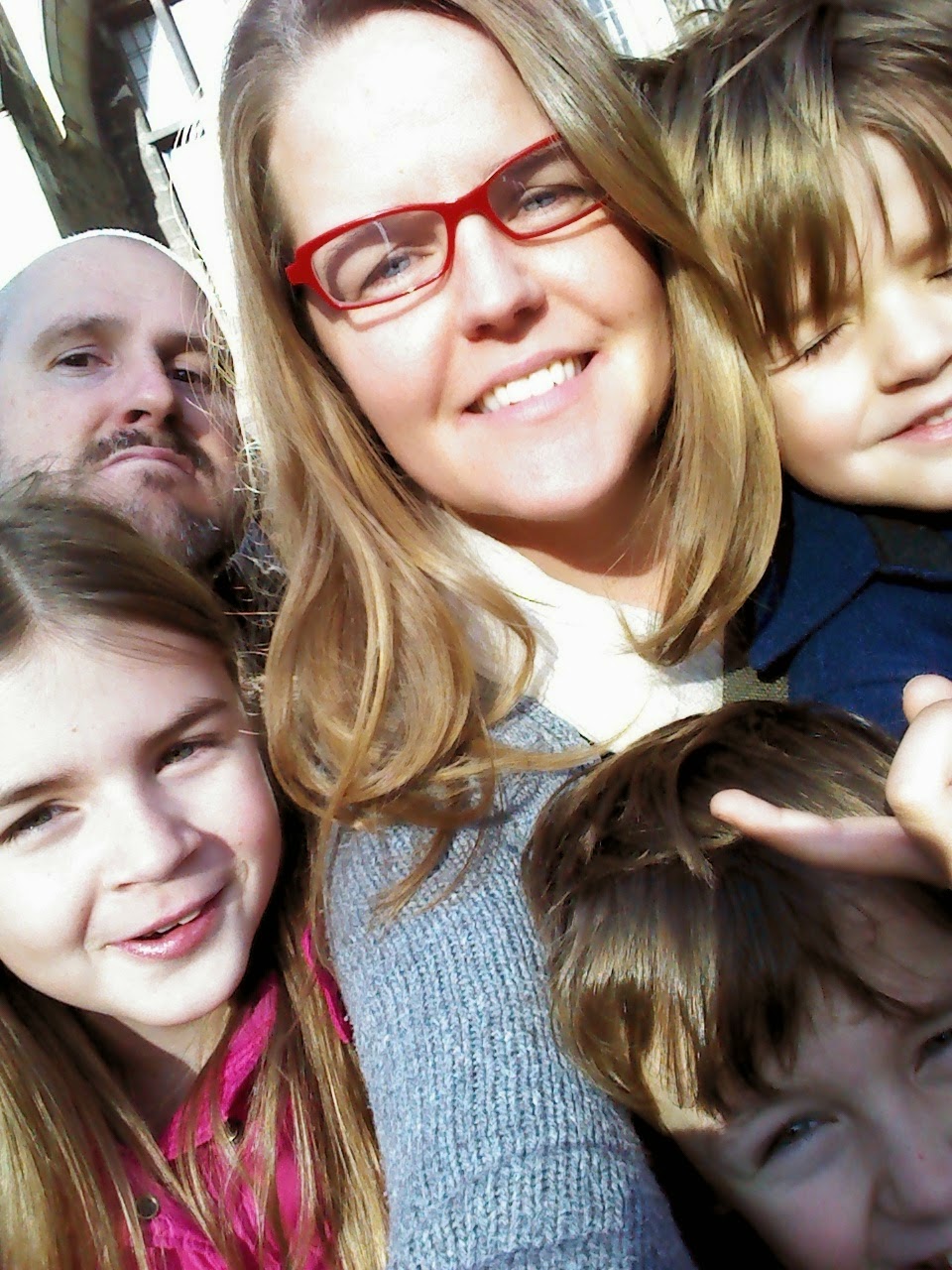 Posted by Bardsleyland at 12:00 PM

You guys are an amazing family, what an adventure you have had!

NO! Don't come back. We just read this post and discovered you are moving back here this summer. We are coming to Europe in summer 2016 for Mike's Sabbatical. Mike is even looking into teaching a class in Amsterdam for a few weeks. The rest of the time we will probably be in Norway or Spain.
Where are you going to move to in the USA?

Agh! We want to travel through Europe with you and our kids.